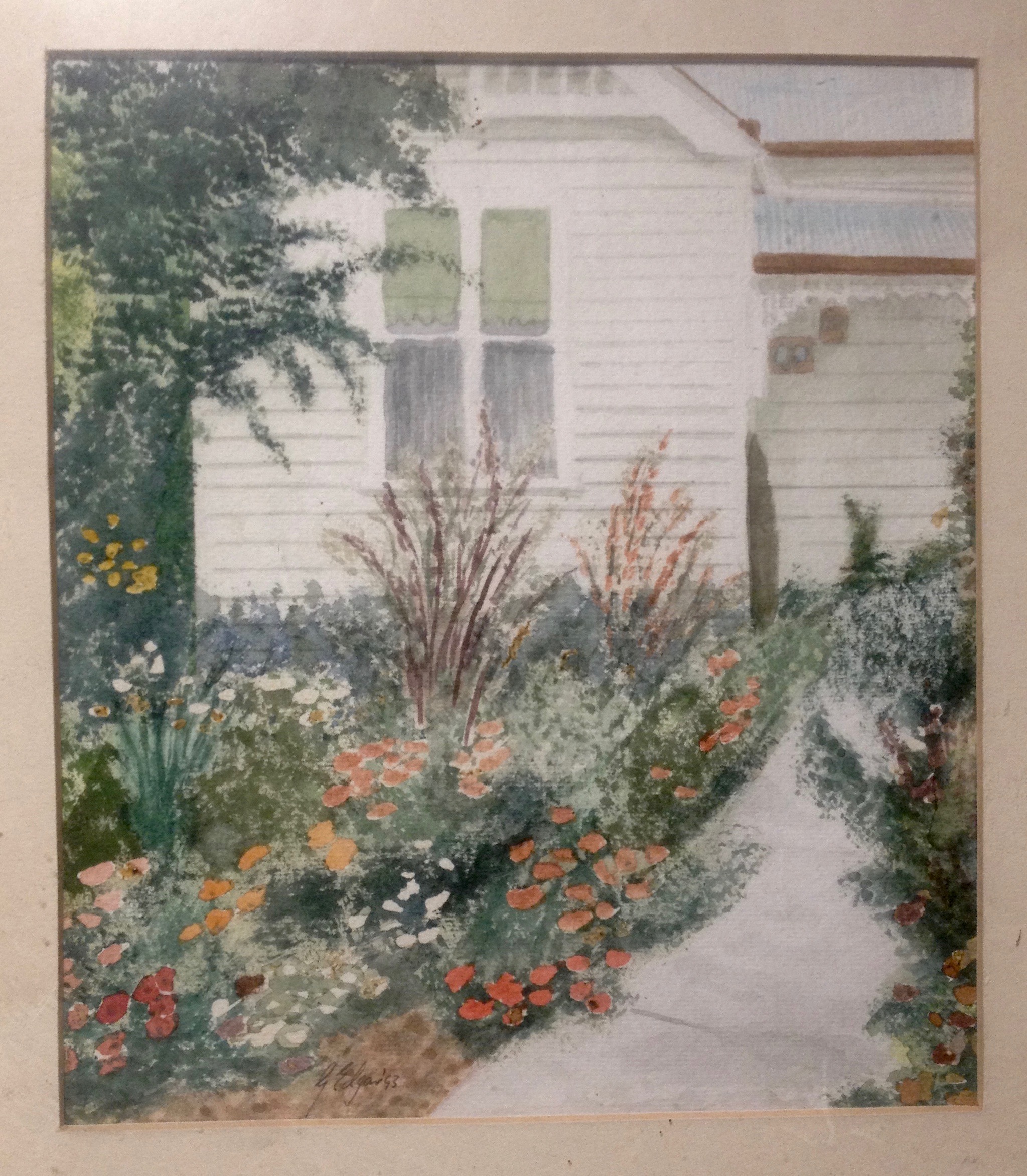 This was painted by my paternal grandfather (who we call Popa) of my maternal grandmother’s (who we called Mama) house. She lived in Donald, a small country town in central Victoria and my Mum and Aunty grew up in this house. Mama unfortunately died when I was in my early teens, but before then we would go up and visit quite often and I have very fond memories of this house (and Mama too of course!).

I remember the beautiful garden that Mama constantly tended to. She had fruit trees, apricots and maybe something else, that she would bottle that we would be able to eat all year round. There was a vegetable patch out the back from which we would receive homemade tomato sauce, and there were flowers around the front. This picture shows the front door, but it was barely used – everyone went around the back.

Inside the house was what seemed like a long hallway, although it only lead to two rooms on either side so it can’t have actually been that long. Right down the end were toys from when my Mum was a girl, and I think I even remember seeing pictures that she had drawn when she was little. In the master bedroom, which Mama no longer used as her bedroom, was a huge master bed – still the highest bed I’ve ever seen. As kids we would literally have to climb it to get up. In Mama’s bedroom she had a beautiful antique mirror and hair-brush set neatly placed on the dresser – one of the rounded old ones with a lovely seat.

She still had the original fire-place in the kitchen, alongside the new appliances that had been added over time. There was a toilet just outside the kitchen under a verandah with a rickety wooden door from before the ‘new’ inside one in the bathroom was added. This outdoor one wasn’t even the original toilet. That had been somewhere down the back of the garden many years before.

I remember that the bathroom smelled of talcum powder, there were always lollies in the dresser with the sliding door in the kitchen, and there was a glass cabinet with the special glasses and crockery in it in the lounge room.