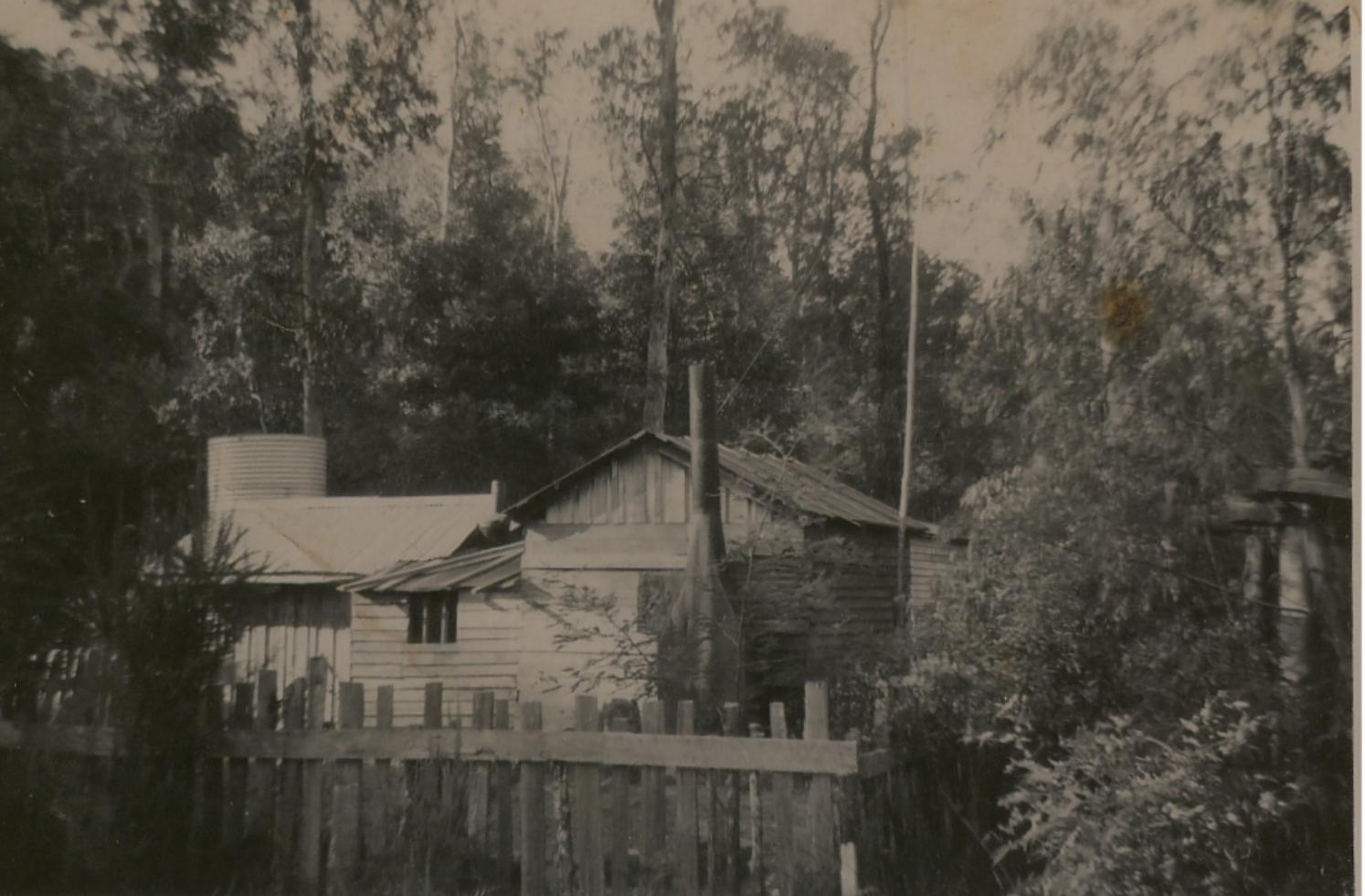 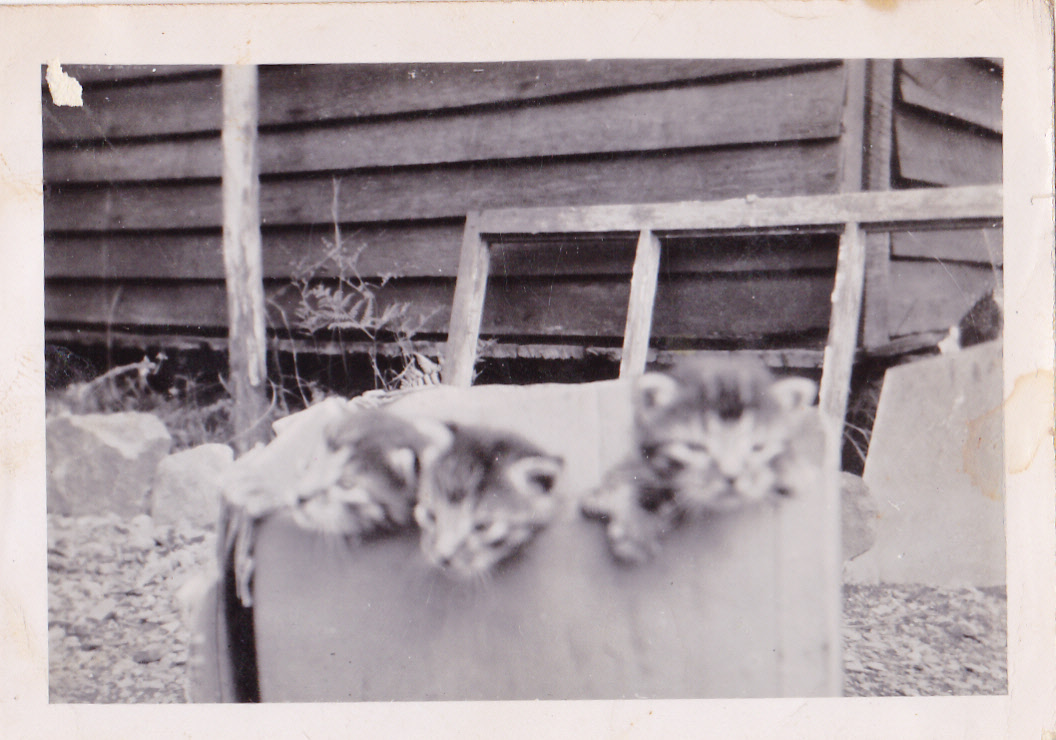 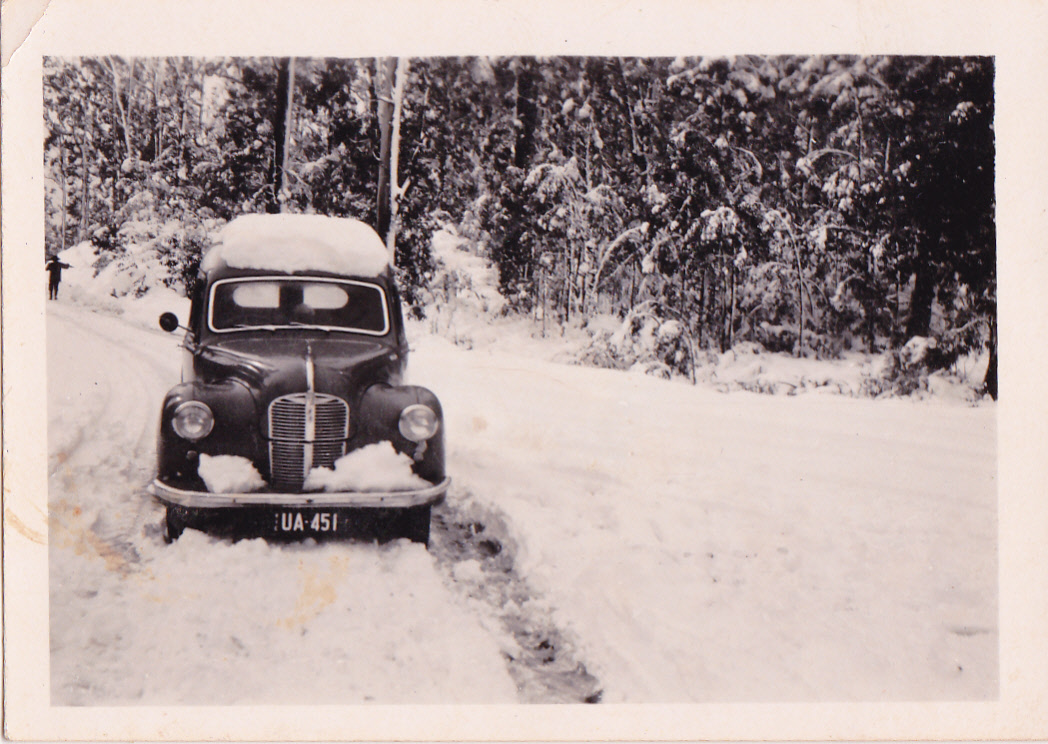 When my husband and I were first married, we lived in the bush, way up behind Lake Mountain. Des was working for the forestry commission and our own huts were quite near the Big River Forestry camp. At Big River, we were true pioneers living in a couple of huts without electricity and water carried from the creek until Des put up a tank. The water was beautiful, fresh pure water and despite being given three electric toasters as wedding presents, our power was from kerosene or wood. Oops, I forgot, I had an iron that burnt shellite. I did have a hand operated washing machine but as the water had to be carted from the creek, heated outside in a copper and after washing, taken back to the creek for rinsing, it didn’t really help much. With payment in lieu of long service leave, I was able to buy our slow combustion stove which Des installed, complete with hot water service. I learnt a lot of new words while he was doing this, but eventually, after a few mistakes, it was completed.

The greatest problem for me in living at Big River was finding enough to do. I went mad creating gardens and putting in geranium cuttings which the severe frosts promptly killed. I chopped wood, collected stones to outline paths, explored the nearby bush and played in the creek. At first the bush was right up to the house, with just a narrow track to our toilet, which was really just a shelter over a pit. But after visiting the toilet for fully two minutes I came face to face with a pair of snakes mating, and I worked my way back through the bush to the back (only) door where an axe was propped. I picked it up with good intentions but on looking at the snakes I chickened out. If I got one, the other would attack. Some boys were camped nearby and they ran over to the camp and brought back the camp cook with a shotgun. That was the end of those snakes.

The next week end Des borrowed a bull- dozer and cleared a wide area around the huts. I also learned to cook and despite a few failures, managed to produce edible meals. I also made cakes and biscuits and the boys at the camp were always happy to eat any surplus. I fed possums and tamed feral kittens. It worked out that 3 weeks without leaving was about my limit for keeping happy, but a weekend at the Gully or even Saturday night in Marysville were enough to rejuvenate me. I also had a good radio which I think was my salvation.
We bought a Holden utility and Des taught me to drive. For practice I drove 5 miles to Stockman’s and back each day. Eventually, before we left Big River, I had two driving lessons and got my licence.
When we left Big River, I took 13 kittens which I had tamed, to the Lort Smith animal welfare